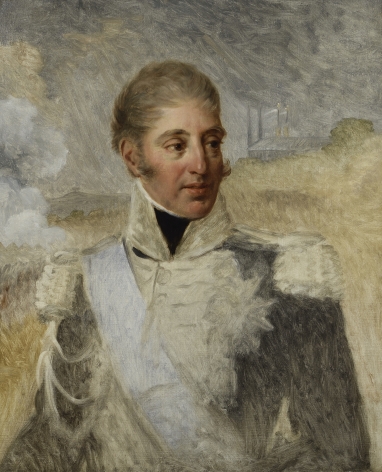 Collection of the artist, until his death, 1835 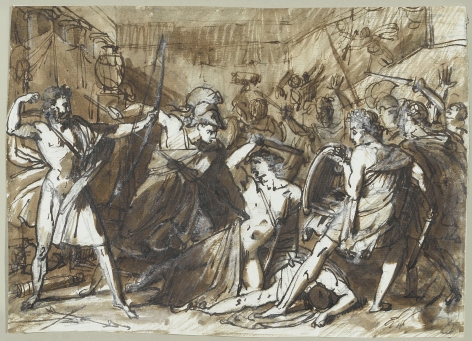 Ulysses Killing the Suitors of Penelope, circa 1798 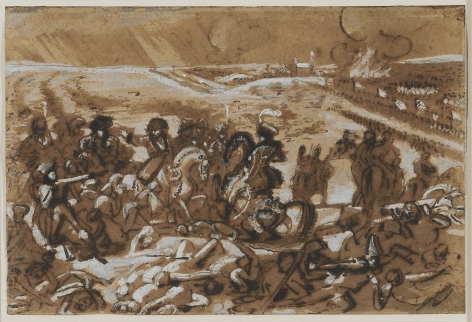 Gros studied under Jacques-Louis David in Paris and began an independent artistic career during the French Revolution. Forced to leave France, he moved to Genoa and witnessed the nearby Battle of Arcole (1796). Inspired by an event during the battle, he produced a portrait of the French commander, Napoleon Bonaparte, then a newly promoted general. The portrait brought Gros to public attention and gained the patronage of Napoleon.

After travelling with Napoleon's army for several years, he returned to Paris in 1799. Gros produced several large paintings of battles and other events in Napoleon's life. These were mostly in a neoclassical style, but Napoléon on the Battlefield of Eylauadopted a more realistic portrayal of the horrors of war. Gros also painted portraits of officers in the French army and members of French high society. After the fall of Napoleon, he shifted his artistic focus and produced more history paintings, which art historians regard as less impressive than his earlier work.